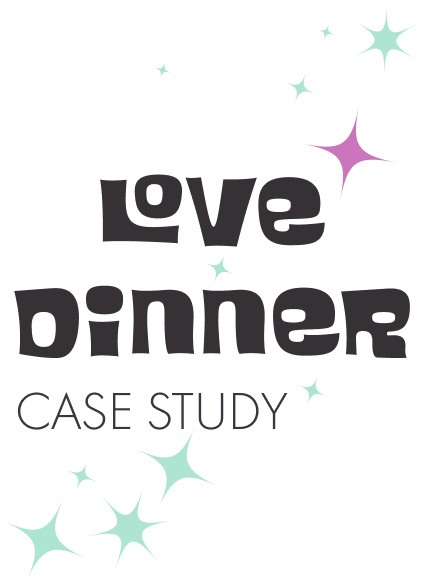 Love Dinner is an app that harnesses positive peer pressure to create a dining culture without negative phone interference. Friends choose an atmosphere for their dinner by collaboratively using the app to create a light show based on the vibe they desire.

Test the viability of a business idea by creating a basic prototype and testing for understandability and desirability.

In the Netflix documentary about the addictive tech industry, The Social Dilemma, a tech executive literally locks up his family’s phones at dinnertime in order to resist the temptation to check the phone. At one point, the son smashes the box open with a hammer.

There’s got to be a better way to resist tech addiction at dinnertime!

Our users understand what they’re up against. “I know using my phone at meals isn’t good for my family, not to mention it’s bad etiquette, but I can’t seem to resist.”

According to a study published in the Journal of Experimental Social Psychology, diners whose phones were tucked away reported having had a happier experience than those whose devices were on the dining table. In essence, distractions by smartphones reduced the enjoyment of people sitting together.

The New York Times reported:
Tech addiction, and what staring at smartphones all the time does to cognition, well-being and productivity, have become a top concern in Silicon Valley.

Which would feel more satisfying and connecting?

or this dinner party?

or this family dinner?

Even the current attemps to solve the problem are awkward. Rather than create deprivation with a lock and key hack, or relying on willpower, Love Dinner proposes a better alternative.

There are a slew of productivity apps that pause notifications and give the user stats on phone use with a focus on helping the user to avoid the distractions of a phone and change their habits.

The top 4 productivity apps that block other phone functions are Flipd, Forest, Be Focused, and Freedom.

There are a lifestyle category of apps called Live Wallpapers. The live wallpapers are like mobile screen savers, and can be customized with a user’s pictures or with different video options.

I interviewed 18 people who self identified as having strong opinions about phone use at dinner. My two goals were:

1. Who is the best first user to focus on - parents, baby boomers, gen x-ers, or millennials?
2. What are their biggest pain points are in regards to dinnertime and phones?

Of the 18 people I interviewed, the group that expressed the most interest in and seemed most likely to us an app like Love Dinner were Millennials. Based on the interviews, I created an empathy map to better understand their needs. 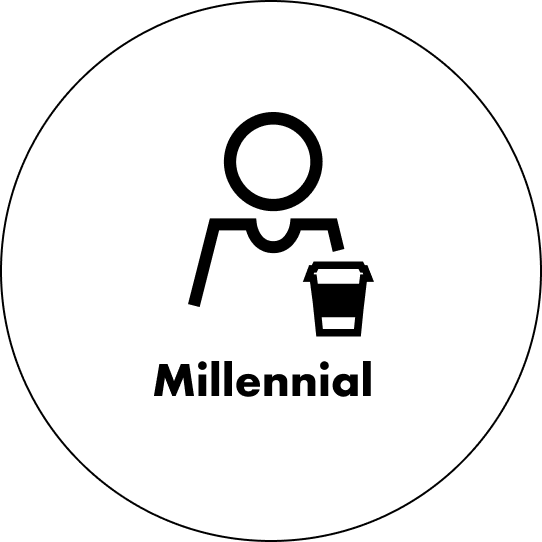 I built two separate personas, and then choose to focus on the one that seemed the easiest to begin with for the MVP, Millennials, because this group expressed the most interest in downloading and using this app.

I clearly defined each step of the process, from signing up to the optional upgrade to the four categories of features—light show, sync, disable, and emergency—so that users easily understand and benefit from the app.

Based on the MVP feature roadmap, I created a site map as a guide for the wireframes.

Sketched out the screens needed, and after review, added two more screens and re-worked the wording slightly. How to describe and illustrate the sync mode and disable modes was challenging.

iterate with an empathy map

I interviewed five more people to better design the onboarding flow for the companion sync feature.

The interviews resulted in revising the original design. In the new version, the companion will not download the app, but will instead use a QR code from their friend’s app to temporarily use the light show on their phone.

People who are overwhelmed with technology need a reason to disconnect from their phones in order to reconnect with their companions over dinner.

Starting the light show is a transition point from their busy day to their offline dinnertime.

The feelings we aim to elicit are coziness, relaxation, and a nod to simpler times.

Tested 5 users on the concept and flow of the app. 100% completed the test. 4 out of 5 would use the app and share it with friends, informing the validity of the concept.

As I went through the test, I focused half of the time questioning users on the sync/share mode, since that was the most challenging part to design.

Replaced 5th tutorial screen with an icon of how the user will share the app with friends.

Changed 'mood' to 'vibe', clarified the wording and spacing of the options, and added one more option.

Changed 'sync' to 'share' as the option to share with friends and sync light show avoid confusion.

Removed the home button from the nav bar.

Changed 'save' to 'select' as the option for choosing light show and time limit to avoid confusion.

When time permits, the two next steps are:
1. User test whether the QR code option is the most effective way to share the light show with friends.
2. Design and test the plus (paid) features of the app.

As I got deeper into the project, I relied on UX tools to help me sort through what easily could have been an overwhelming project. In particular, the two empathy maps and user personas kept me in close contact with understanding the user’s needs. As I did the usability test, I was able to get useful feedback on how to improve the design, and also validate the concept.

Building an app from scratch was a fun challenge. I wanted to create something useful that didn’t already exist, and I achieved my goals. Based on the positive feedback I received, if this app were developed, it would be an easy-to-use and easy-to-share tool that creates a new culture at the dinner table.